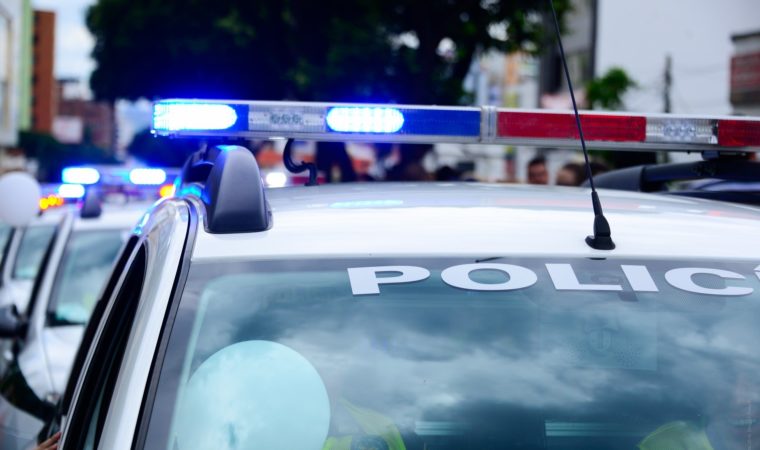 On Wednesday, Oct. 27, a federal jury in Riverside awarded $17 million in a Corona death involving an off-duty Los Angeles Police Department officer. The verdict comes after that officer shot an intellectually disabled man to death in a Costco in 2019.

A jury of six women and two men deliberated for about four hours before coming to their decision, notifying the U.S. District Judge Jesus G. Bernal. Their verdict found Officer Salvador Sanchez was acting in his role as a police officer, making the city of Los Angeles liable for paying the majority of the damages. Officer Sanchez fired upon Kenneth French, 32, and his parents, Paola and Russell French.

The Frenches and Sanchez were shopping at the Costco on McKinley Street on June 14, 2019. It was in the deli at 7:46 pm where, without provocation, Kenneth French struck Sanchez, who was holding his 18-month-old child. Sanchez drew his firearm and both parents pleaded with him not to shoot, clarifying that their son had a mental illness, according to the wrongful death and civil rights lawsuit filed in December 2019. Sanchez then opened fire and struck Kenneth and Paola French in the back, and Russell French in the abdomen. Sanchez told authorities that he thought he had been shot and lost consciousness before shooting.

The District Attorney’s Office determined that 3.8 seconds had elapsed between Sanchez being hit and the conclusion of gunfire.

A camera hanging above the deli was not working that day. The only video available was captured from far away and showed only French’s parents pushing their son out of the way before collapsing. Along with the loss of their son, the parents still face additional surgeries and years of physical and mental challenges in the wake of the incident.

Kenneth’s parents attended each hearing in the six-day trial according to attorney Dale K. Galipo, who filed the lawsuit on their behalf. Galipo said in an interview, “They are very pleased with the verdict and thankful to the jury, and they felt some sense of justice achieved for Kenneth, and the hope this verdict will assist in the healing process.”

Judge Bernal ruled that Officer Sanchez used “excessive and unreasonable force and was negligent” upon firing his weapon. This ruling was made in advance of jury deliberations due to the overwhelming evidence on the use of force and to allow the jury to decide the other issues of the case.

These issues included whether Officer Sanchez, who was not in uniform at the time, acted in his role as an LAPD officer. The court records show that after falling, Sanchez identified himself as a police officer both before and after he fired 10 shots. The shots first hit Paola French, then Russel French who attempted to protect their son from the gunfire.

Following the incident, both the Corona Police Department and LAPD investigated the case as an officer-involved shooting. The city argued for a dismissal of the lawsuit, stating that it should not be held liable for Sanchez’s actions because he was off duty and not acting on the behalf of the LAPD at the time.

The city’s attorney said, “Sanchez committed his charged crimes out of personal malice unconnected with his employment. The underlying act was not of a kind that Sanchez was hired to perform.”

The jury disagreed with the city. Their ruling ensured that the city would be held accountable, providing a source for the payment of such a large amount to Kenneth’s parents.

Rob Wilcox, the spokesman for the L.A. City Attorney’s Office stated the office will review more options, including an appeal. He would not elaborate further; on the grounds that the city might seek for an appeal.

The couple’s attorney hopes the verdict will encourage law enforcement agencies to change their policies on allowing off-duty officers to carry and use firearms, and review their safety terms. A number of agencies already do not allow this practice.

Riverside County District Attorney Mike Hestrin had the option to file criminal charges against Sanchez but instead opted to give the case to the Grand Jury, which in September 2019 decided not to indict Sanchez. Hestrin stated it was important to him to have the community voice their opinion in such a case.

The California Attorney General charged Sanchez in August 2021 with voluntary manslaughter and two counts of assault with a semiautomatic firearm. Sanchez’s attorney, David Winslow, said in August that Sanchez was not guilty of any crime: “Sal Sanchez was holding his baby when he was violently attacked and knocked to the ground along with his baby.”

The Los Angeles Police Commission found Sanchez violated LAPD policy on the use of force and was subsequently fired from the department.