4 Common Medical Errors That Lead to a Malpractice Suit 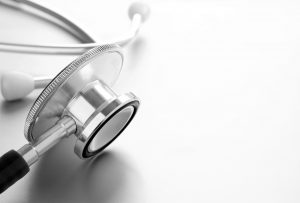 Although healthcare technology has made major advances in recent years, professional negligence and acts of medical malpractice still occur. Sometimes it’s a case of being overworked and understaffed, while on other occasions the medical professional simply isn’t paying attention, and a life-altering or deadly mistake happens.

Under California law, medical malpractice takes place when a healthcare professional such as a doctor or nurse breaches the required standard of care when treating a patient, causing that patient to be injured. Below is a list of four medical errors that commonly lead to malpractice suits and why these mistakes can be life-threatening.

Errors in prescribing or administering medication

Mistakes involving prescription drugs are typically made when the healthcare professional does not review the patient’s medical history thoroughly and prescribes a drug that is known to react negatively to a medication the person is already taking. Other examples of drug-related malpractice include:

According to a 2006 study, medication errors harm an estimated 1.5 million people in the U.S. every year.

Misdiagnosis or delayed diagnosis of a patient’s condition

A large percentage of medical malpractice claims involve misdiagnosis and delayed diagnosis, especially in cases of cancer in adults and meningitis in young people. With these cases, a physician misdiagnoses a medical condition or fails to recognize a serious illness until the patient has become dangerously ill, causing that person to miss treatment options that could have prevented further debilitation or death.

Medical malpractice involving childbirth injuries tends to fall into one of two categories:

Whether the alleged act of malpractice occurred before or during the birth, a claim exists if it had a direct and detrimental effect on the health of the baby, the mother, or both.

Many medical malpractice claims arise from errors committed in the operating room. A surgeon might leave surgical instruments inside the body, puncture internal organs, operate on the wrong body part, or even carry out the wrong procedure on a patient. Even if the procedure itself is a success, nursing staff can be negligent during the administration of postoperative care, causing infection and other serious complications.

If you or someone you love need medical assistance, you depend on doctors, nurses, and other healthcare professionals to provide appropriate care and treatment. When they fail to do so, you deserve answers and justice. Karlin & Karlin, APLC, will work tirelessly to get you the compensation you deserve. We fight for the rights of injured patients and their families in Southern California, so call our Main Office: 213-365-1555 or Toll free: 888-365-1555, or via our contact us form.