Facing Deportation? 4 Possible Defenses to Remain in the U.S. 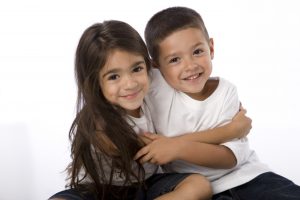 When you reside in the United States but are not a citizen, the possibility of deportation is a frightening prospect. Even if you currently have a work permit, lack of a status that ensures permanent residency can still leave you vulnerable, especially in the current political climate.

Removal can have distressing consequences such as long-term or even permanent separation from family and friends here. In some cases, it may mean your return to a country where you face harm or persecution. If removal proceedings are initiated, you have different options for a deportation defense, four of which are explained below. The right one for you will depend on your specific situation.

Adjustment of Status is the process by which a non-citizen can petition for permanent residency while in the U.S. If you are the child, spouse, or parent of a U.S. citizen, you may be able to prevent your deportation by applying to have your status changed to permanent resident.

Cancellation of removal means that your deportation order is stopped, even if only temporarily. If you are a legal permanent resident, otherwise known as a green card holder, you may be eligible for this form of deportation relief if you have:

If you are not a green card holder, you may only seek cancellation of removal if you:

If you came to the U.S. to escape persecution in your home country, you may be able to apply for asylum if you can demonstrate that the danger still exists. U.S. immigration law extends certain protections to those who fear harm based on their:

Most asylum claims are made at the point of entry into the U.S. and a one-year deadline normally applies, but you may be able to apply if you can prove that unusual circumstances prevented you from doing so within that time frame.

If you do not qualify for asylum, withholding of removal may be an option if you can prove that your life or freedom would be in danger on account of your race, religion, nationality, political opinion, or membership in a certain social group should you be forced to return home.

The standard of proof is higher than in an asylum application: it must be shown that it is “more likely than not” that you would be persecuted, while with asylum you must only have a “well-founded fear.”

If you live in Southern California and have received a Notice to Appear before an immigration judge, contact Karlin & Karlin, APLC, immediately. There are many potential deportation defenses, but the law surrounding each one is complex, and we have the experience and qualifications to guide you through your immigration challenges. We offer free consultations, so reach out to us and let us help.