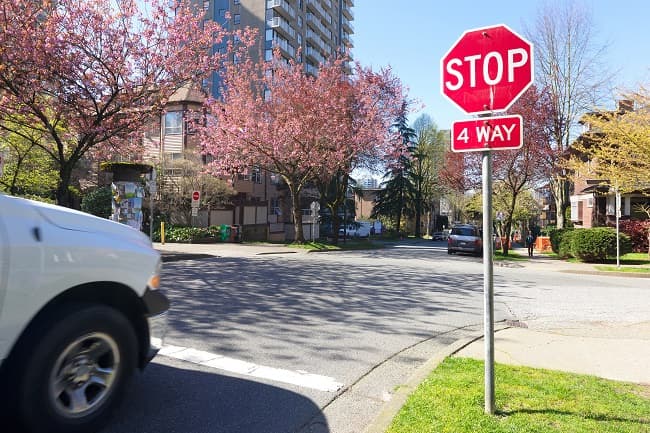 LOS ANGELES — Deportation proceedings against construction worker Jonathan Mondragon, who was unlawfully pulled over and arrested by Border Patrol officers in 2017, have been dismissed by the Immigration Court in Los Angeles.

The court agreed with a motion filed last year by the American Civil Liberties Union Foundation of Southern California and law firm Karlin & Karlin that the officers had no legitimate reason to pull over Mondragon who was driving home from a job.

“The officer who detained and arrested Mr. Mondragon knew nothing about him,” the motion stated, “but the fact that he looked Latino.”

“Mr. Mondragon fought for his constitutional right not to be racially profiled – and he won,” said Eva Bitran, Staff Attorney with the ACLU SoCal. “This case demonstrates that the government cannot deport someone on the basis of an unlawful arrest, and that immigrants and their lawyers can hold the government accountable when they try to.”

The Fourth Amendment’s protections against unlawful search and seixure require that even brief detentions for questioning, like in a traffic stop, be supported by “reasonable suspicion.” And courts have consistently maintained that a person’s racial background is not justification for that suspicion.

But the U.S. Customs and Border Protection (CBP) officer who pursued Mondragon on Interstate-15 in north San Diego County had nothing else to go on — Mondragon had committed no traffic violations and there was nothing wrong with his car. Moreover, he had a clean criminal record.

Nonetheless, the CBP patrol car pulled directly to the right of Mondragon on the highway, matching his speed before pulling him over for questioning. Mondragon was taken from his car, handcuffed so tightly that his wrists were bruised, and arrested.

He was taken to a series of facilities, often under harsh conditions, and waited nearly six weeks for his first court hearing.

After the ACLU SoCal/Karlin motion was filed, CBP officials tried to justify the stop in several ways, including that the I-15 is the scene of immigration-related illegal activity. But the Immigration Court noted that Mondragon “was driving on a well-trafficked interstate highway north of San Diego on a weekday in the late afternoon,” and that there was no reason to determine he “was unlawfully present or otherwise engaged in unlawful activity.”

CBP even claimed that Mondragon was suspicious because he did not look directly at the border officer alongside him. To that, the court said, “common sense compels the conclusion that keeping one’s eyes on the road is not only customary, but in normal circumstances valued.”

In summation, the Immigration Court, finding “that the CBP officer did not possess adequate reasonable suspicion” for the traffic stop, ordered that proceedings to deport Mondragon be immediately halted.

The ACLU SoCal/Karlin motion filed on April 5, 2018 is at:  https://www.aclusocal.org/sites/default/files/aclu_socal_mondragon_20180404_motion_terminate.pdf.