The most common complications related to medical malpractice include bile duct injuries, excessive bleeding, bowel perforation, and burns to the hepatic ducts.  Below are descriptions of some of the most common types of malpractice we have seen in our legal work.

Doctors are trained to visualize a patient’s anatomy during a surgery, and to never cut if they’re not sure what they’re cutting. Yet, many surgeons, in a rush to complete the operation, make assumptions about a patient’s anatomy and simply start cutting. For example, many times the surgeon accidently cuts the common hepatic duct instead of the cystic duct. As another example, sometimes the surgeon accidently plays surgical clips on the common bile duct, causing a stricture.

These injuries are usually avoidable, and are typically caused because the surgeon cut without being able to see what she/he was cutting. Surgeons are trained to remove all tissue except for the cystic duct and artery, so they can see the liver bed and then carefully identify all structures between the gallbladder and liver. These safety procedures are so important that doctors are supposed to document them when they perform them.

Failing To “Convert” The Laparoscopic Procedure to An Open Surgery

There are methods for discovering complications during the procedure, such as a use of a cholangiogram. Between 2% and 15% of lap chole procedures are “converted” to an open procedure, most commonly because of acute cholecystitis, when bile becomes trapped in the gallbladder. If these complications are identified correctly, then a recovery procedure can begin, like an ERCP (endoscopic retrograde cholangiopancreatogram) under anesthesia with stents. Yet, doctors often ignore the signs of a problem and complete the surgery. When that happens, the patient can develop severe complications from the untreated injury including infection, cholangitis, sepsis, and death.

Here are some of the results we have obtained for our clients who were injured due to medical malpractice during gallbladder removal surgery:

If you were a victim of medical error, our team at Karlin & Karlin, APLC is here to protect your interests, call our Main Office: 213-365-1555 or Toll free: 888-365-1555. We have been protecting the rights of personal injury and medical malpractice victims for over 40 years and we know how to get results. Our experienced trial attorneys know how to recognize the signs of medical malpractice and can help you prove the fault of the medical professional(s) responsible for your injuries. With millions recovered for previous clients, you can feel confident knowing that our medical malpractice lawyers will be standing by your side, seeking the full amount of compensation that is owed to you. 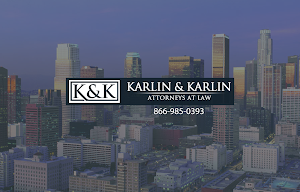 Glenda Cabugao
15:26 27 Sep 19
It.was quite a relief to finally get a pleasant outcome for my grievance,I made the right choice in contacting an injury lawyer and would highly recommend their law firm.I am contented with the result.Thank you Marc Karlin !read more

Adrian Ross
13:49 06 Feb 18
Karlin and Karlin provided exceptional service. Very knowledgeable and caring. This was an emotional journey for me and I am pleased with the outcome. Marc was very responsive to each and every email or phone call. I would definitely refer anyone who asked.read more

eliza khatcherian
13:34 21 Jun 17
Great knowledge of the law. All at Karlin & Karlin are very professional and prompt in their responses.
See All Reviews
Karlin & Karlin